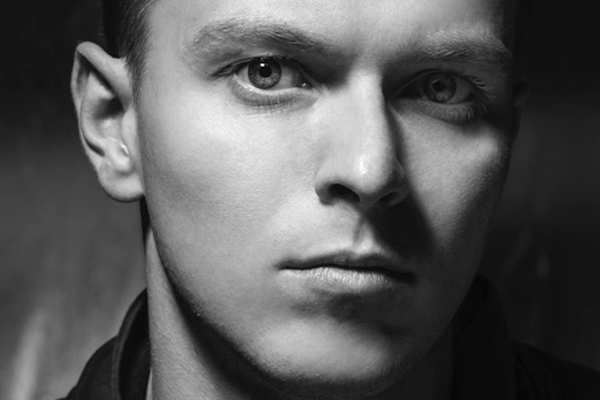 From the heartland of Eastern Europe to the blistering heat of the Arabian Gulf, Polish DJ Producer has been entertaining crowds and producing extraordinar y music for over a decade. Releasing quality House, Progressive, Techno and Tech House to an ever-growing audience of fans, his explosive energy can be felt on the dancefloor in a kaleidoscope of addictive beats and awe-inspiring grooves.

Born in Poland and making his mark there as a DJ at events like Wicked Wonderland, his music has graced the record crates of some of the biggest in the game including Ame, Armin Van Buuren, Blond:Ish, Cevin Fisher, Chris Fortier, Guy J, Nicole Moudaber, Petar Dundov, Roger Sanchez,Wally Lopez and Darin Epsilon. Brilliantly addictive and full of life, that energy saw him break into the Top 20 Billboard charts with iconic vocalist Kwanza Jones and a collaboration with House heavyweight and Grammy nominated producer Eddie Amador; moments fromwhich he has never looked back. Moving to the United Arab Emirates and consistently releasing music that broke into the Beatport charts, his star has never shone brighter. A residency for luxury entertainment chain Bagatelle in Bahrain and an exciting run at Flair 5 with Australian drummer Fox Fäehrmann in Dubai and a stellar performance at the closing ceremony of Dubai Expo 2020 plus another at Burj Al Arab, have meant that he is in hot demand by premier venues. The collaboration with Fäehrmann especially is something that defined the House Music experience for a whole new generation of fans as they flocked to their events and celebrated the moment. His reputation as a stand-out performer behind the decks is now garnering the attention of the big market influencers and media outlets. The likes of dance music bibles Mixmag, DJ Mag, The Playground and EDM Nations have all come to the party and featured his work. Those articles have meant that he is now a permanent feature on the club circuit in his newly adopted home including at venues such as Buddha Bar Abu Dhabi and two Michelin-starred Il Ristorante ‘Niko Romito’ at Bvlgari Resort Dubai. With over 100K followers on all social media platforms and streaming services, his latest Progressive monster The Last Days with fellow producer Kleinsky is a clear example that his inevitable climb to the top will continue. Melodic, driven and designed to get the dancefloor moving, Mateo Paz is a master of his domain and breaking new ground with every step he makes. Join him on his journey to the future and discover a world of infinite pleasures

This is my story… Jeremy Bass is a Mexican songwriter, music producer and DJ. His love for house music began between the late 90’s and early 2000’s. He is usually known for his variant house tracks, he is active in the music industry from 2003 to present. He is the [...]
Recent Releases
Artists
Podcasts
Facebook FanBox